Aston Villa have signed forward Bertrand Traore from Lyon in a deal worth £17m.

The Burkina Faso international spent three years at Chelsea and joins up with former team-mate John Terry, who is now assistant coach at Villa Park.

“He’s a player with immense talent who will really enhance our attacking options.” 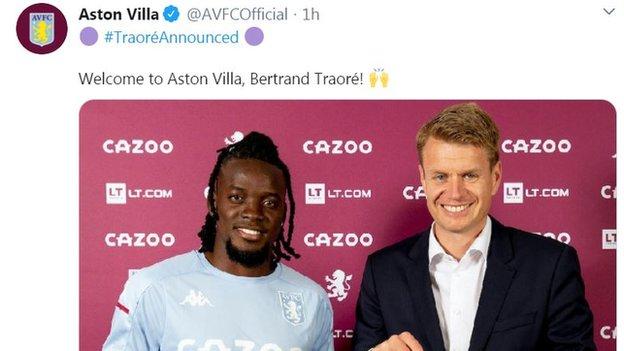 Villa’s spending so far this summer could amount to £83m and while manager Dean Smith remains on the look-out for reinforcements the deal for Traore is likely to represent the end of the major deals in this window unless an unforeseen opportunity presents itself.

Find all the latest football transfers on our dedicated page.

This Super Simple keto soup helps melt the pounds . Try today!
26 trillion of debt .....time to buy gold Help your self today. Our national debt is 138% of GDP protect your wealth today rare metals are the only way Click the link to learn more
Check out! my all in one digital marketing suite Builderall is a complete digital marketing system check all the tools out for 1 dollar Click link below
Ads by Smart Affiliate Ads